The gubernatorial ambitions of David Nkedianye who served as the first governor of Kajiado County have suffered a major blow after a section of leaders and residents said that the former governor cannot be trusted with land issues in the county.

They have also warned that Nkedianye’s past incitement against other tribes who stay in the urban centres of Kajiado have triggered fear and mistrust among residents ahead of the August poll.

They have called on the Azimio La Umoja team to be careful on whom they bring as the joint candidate for Kajiado considering that land issues in Kajiado are very sensitive.

“We do not want someone who will trigger land fights and community based hatred in the county considering that the county has made tremendous progress in terms of peace building initiatives,”Ole Munai stated.

Kajiado county assembly speaker Johnson Osoi yesterday said he has formed a committee to investigate the dispute over the 67,000-acre Nguruman ranch.

The announcement comes a day after the High Court in Machakos stayed orders it had issued for the attachment of Governor David Nkedianye’s property until a case of incitement to violence against him and seven others is heard on December 2.

In 2014,the High Court had to order the then Inspector General of Police David Kimaiyo to appear before it on  over the Nguruman land case or face arrest.

The summon concerned the case in which the Nguruman company sued Nkedianye and others for allegedly invading a private ranch in the county and destroying property.

Justice Charles Kariuki, of the Land and Environment Court sitting in Machakos, on  said it is imperative for the IG to appear in person to explain that he has not been unconstitutionally manipulated by politicians in the case.

Nguruman lawyer Ahmednasir Abdullahi had filed an application to have Kimaiyo arrested and brought to court for failing to honor summons.

“The IG should be arrested and put in handcuffs before being brought here as he is not above the law. On the contrary, he swore to uphold the constitution and rule of law when he assumed the position,” Abdullahi told Justice Kariuki.

The court had subsequently ordered Kimaiyo to remove the raiders from the ranch but he sent the Kajiado county commander to the court on his behalf to explain the position.

Even after the court ordered Kimaiyo to evict the invaders, they continued holding illegal meetings and plundering the land in question, Abdullahi told the court.

The commander sent by Kimaiyo on Tuesday told the court that Kimaiyo was unavailable because of the state of insecurity in the country.

The judge dismissed his line of argument in his ruling stating that the Nguruman issue is also part of the country’s insecurity problem.

Justice Kariuki also pointed out that President Uhuru Kenyatta relinquished his powers for a day so as to honor an ICC summon, with reference to the Nairobi Law monthly magazine, and that none is above the law.

Mon Feb 14 , 2022
The Gay and Lesbian Coalition of Kenya (GALCK) has thrown their weight behind former Dagoreti South MP Dennis Waweru as its best candidate for the Nairobi gubernatorial seat. The rare and dairing decision has raised eyebrows and set tongues wagging among parents and church leaders but the coalition insists that […] 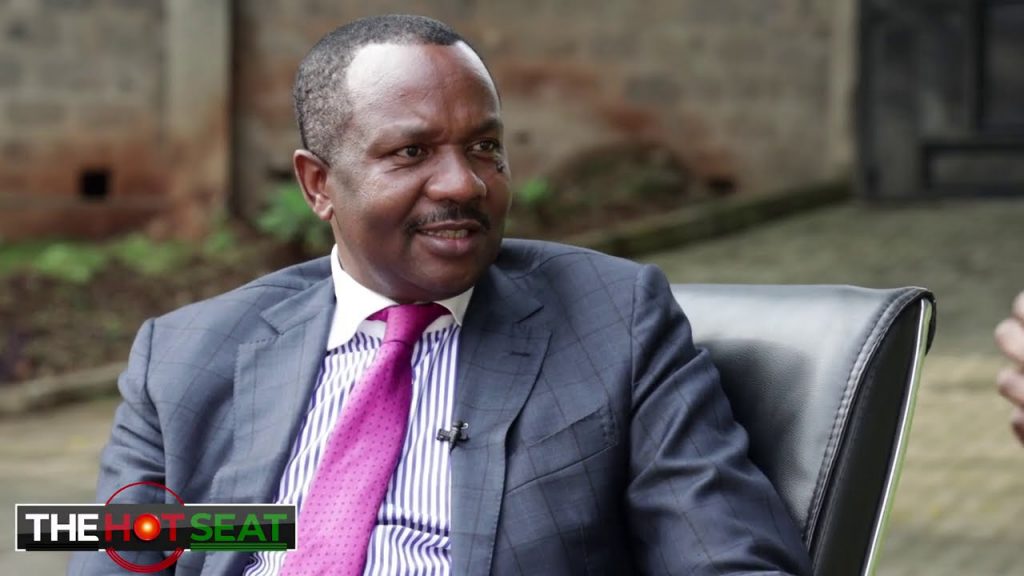