Ole Lenku, the leading Kajiado Gubernatorial candidate brought Kitengela to a stand still with a mega rally that sealed his place as the preferred candidate for the seat.

The latest move means there is likely going to be no Jubilee nominations for the Kajiado gubernatorial seat.

This is despite the move by former governor David Nkedianye ditching ODM for the revamped Jubilee party.

It has now officially emerged that talks on the seat are ongoing with top Jubilee officials almost in agreement that current governor Joseph Ole Lenku must on the ballot.

A source at the party has indicated that Lenku’s status as the Maa community spokesman and his new found love with ODM leader Raila Odinga seems to have sealed the deal for him.

Last week, Nkedianye defected after learning that ODM had no plans of fielding a candidate in Kajiado.His fate is likely going to be compounded with the new developments at the Jubilee party.

However,an official at the Orange offices has hinted of Nkedianye being considered for appointment in government if Odinga clinches the presidency.

This means that he likey going to team up with Lenku for a titanic battle with the Kenya Kwanza duo led by Katoo Ole Metito who is favourite to win the UDA ticket.

While speaking to Kitengela residents over the weekend,Lenku told a mammoth of his supporters that there was no contest between him and Nkedianye and that his focus is on the potential UDA candidate now.

” Jubilee has owners and the owners ni sisi.We are focused on our rivals from the other party but not those who joined us recently,” he said.

Lenku is expected to mount serious pro Azimio campaigns in the region and has promised to ensure Mr. Odinga bags majority of Maasai voters in the August 9 polls.

Tue Mar 15 , 2022
Twelve years-old Shashwart Harish and Audrey Gachora are the overall winners of the third leg of the Safaricom Golf Tour junior tournament held at the Muthaiga Golf Club. The duo posted 78 and 77 points to inch titles in a tournament that saw 132 junior golfers take part. “I feel proud to be the […] 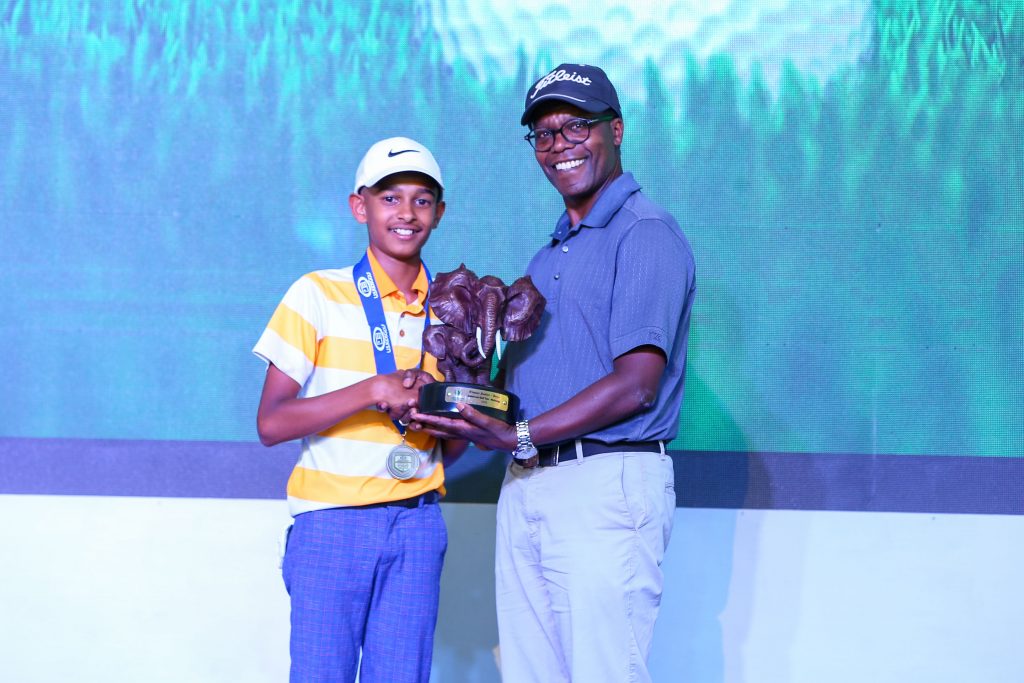