The National Reconstruction Alliance Party (NRA) vice chairperson Danstun Riziki, Secretary General Paula Amemba and the Chief Executive Officer Bridgit have been faulted for the fall of the party after a letter to the Ethics and Anti Corruption Commission by the party chairman Fredrick Ojiambo asking a probe to the officers leaked.

In the letter dated 30th November 2022 and duly stamped as received by EACC, the chairman said, ” as the National Chairperson of NRA Party I write to you seeking for your urgent intervention on this matter”.

“The Account had five signatories but the three took the advantage of ‘Any three’ to sign option and went ahead to withdraw close to Ksh1.6m without my knowledge prompting me to put a caveat”, he added.

At the same time, the chairman also wrote another letter to the Registrar of Political Parties Ann Nderitu asking her to review Party records saying that he had come across crucial information suggesting that the same officials had written to the Registrar purporting to effect some changes on the office bearers without the consent of Party officials including himself.

“I humbly request that you dismiss any attempts by these selfish individuals who have resorted to conduct the activities of the Party with total disregard of the Law by attempting to impose people as officials through back door”.

Ojiambo also went ahead to claim that the two officials had nominated an MCA to the County Assembly of Busia called Mercy Wanyonyi without following due process as they opted to lockout other officials including himself from the entire process.

“I therefore want to request that you review the list of Party officials to ascertain whether there could be any changes that had already taken place so that you may revoke them,”Ojiambo reiterated.

He said that the Party has not held any meeting or AGM for anyone to purport to make any changes on the office bearers hence anything to that effect must be declares null and void.

“On behalf of the Party, I want to affirm that we have written a letter to EACC asking them to investigate and bring to book three officials who withdrew money from the Party’s Account without the knowledge of neither the Chairman, Treasurer nor members”, he said.

Fri Dec 2 , 2022
The Pan African Climate Justice Alliance and the Ban Ki-moon Centre for Global Citizens (BKMC) have signed a collaborative pact to support climate change adaptation efforts by women, the youth and the smallholder farmers around Africa. Signed simultaneously in Nairobi (Kenya) and Vienna (Austria), the two parties commit to focus […] 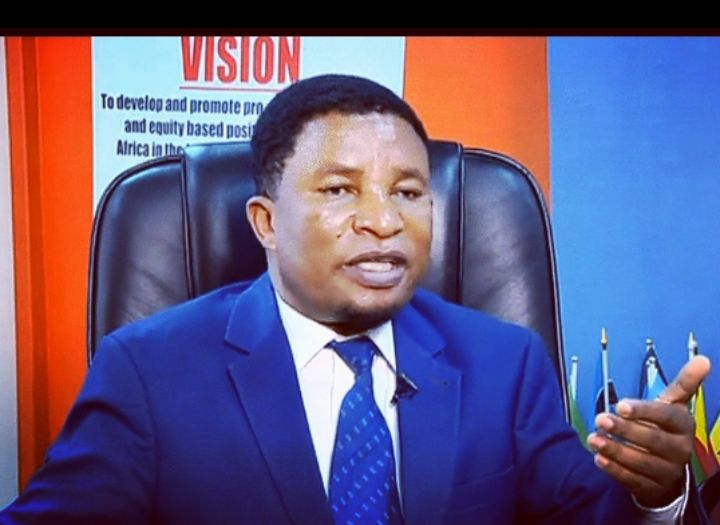