A recent poll by Mizani has placed Imara Daima Member of County Assembly Kennedy Obuya as the front runner in the Karachuonyo Parliamentary race.

Obuya emerged the leading candidate with 34.8 per cent beating Andrew Odipo and Samuel Ogutu who came second and third consecutively.

He will be vying for the Karachuonyo Constituency MP seat on an ODM ticket, after serving as the MCA for Imara Ward for a single term.

The poll places the Odipo second at 32.6 per cent.

Samuel Ogutu is third at 21.8 per cent, followed by Lenard Menya at 8.8 per cent.

The findings were contained in a study released on Friday 25th March by Mizani Africa which was conducted between March 8 and 18th across all the constituencies in Homabay.

Karachuonyo is in Homa Bay County which is one of the counties in Nyanza region where ODM commands big support and a candidate with the party ticket has a higher chance of winning in the general election. 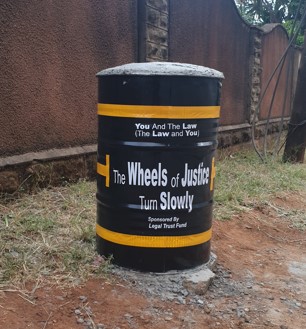