The government ,through the Ministry of transport ,will spend Sh16 billion to set up an Intelligent Traffic Management System (ITS) in Nairobi to reduce dependence on traffic marshals.

The Kenya Urban Roads Authority says it has already issued the contract to a Korean firm Cheil Engineering Company which will build the system which will automatically direct traffic flow.

The authority Director General Silas Kinoti said the automated system has so far been piloted in 7 junctions in Nairobi and monitoring will be conducted from KURA’s Traffic Management Center at Barabara plaza near Jomo Kenyatta International Airport (JKIA).

Kinoti said the KSh 16 billion project is expected to be fully operational in the next one year.

KURA, through the Ministry of Transport, has so far piloted the system on two city roads and has significantly reduced traffic congestions.

“KURA has managed to pilot the ITS in 10 junctions along Ngong road and western ring road. This has greatly reduced traffic snarl-ups on the two roads, I can assure you at Yaya centre junction, no police but traffic is smooth,” he said.

Kinoti noted that with the new traffic technology in place, city residents will save a lot of time and, in turn, enhance productivity at work and spur economic growth.

“This model has proved very effective in managing traffic flow thus minimising the presence of traffic police at the road intersection and also will save over 1.5 billion shillings lost every month through traffic,” added the DG.

“When I joined KURA, it had only been established in 23 urban centres. Right now we are across all 47 counties, and with our roads, Kenyans have felt the impact of this progress. So once we are done with Nairobi, will move to other counties to manage traffic, “he noted.

Kinoti exuded confidence in the new Cabinet Secretary for Transport Kipchumba Murkomen and asked Kenyans to expect more improved roads across the country.

Fri Nov 4 , 2022
The Kenya Association of Air Operaters (KAAO) has called for talks between the Kenya Airways and the pilots. Pilots at Kenya Airways plan to go on strike on Saturday 5th November 2022 to seek better working conditions defiance of a court order. In a press statement shared by the KAAO, […] 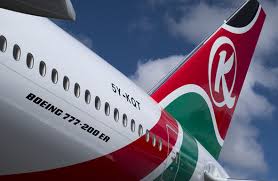