Mike Gumo, and son to veteran politician Fred Gumo has said he has Sh1.1 million in solid cash and Sh.50 million inform of investments.

Mike Gumo was appointed by Nairobi Governor Johnson Sakaja to head the County’s docket for Innovation and Digital economy, and was speaking when he appeared before the County Assembly Committee on Appointments on Tuesday for vetting.

He told the committee that his Sh50 million investments are spread out in various businesses including farming of sugarcane and coffee in Trans Nzoia County, vehicles and his residence.

“I have Sh1.1 million in the bank, I have businesses, five motor cycles, one pickup and one apartment in Lavington where I reside,” Gumo stated.

The 35-year old CEC nominee said he graduated in 2009 from Townhall university in Maryland USA, with Bachelor of Science in Accounting.

He said he has worked in various organizations including in NGOs and the private sector at Ecobank where he worked as an accountant for one year, and that he is the most suitable person to head the docket.

“This docket requires one to be innovative, and with my background I understand what needs to be done to take this docket forward,” he said.

“I have had engagements with the CS for ICT Mr. Owalo and I am going to use the cordial relationship I have with the CS for the benefit of the Nairobi residents,” he added.

Mike Gumo, just like his father he has also been involved in political activities, and in 2017 he unsuccessfully vied for Parklands Ward MCA seat on a ODM ticket and in 2022 he contested in ODM primaries for Westlands parliamentary seat.

Fri Dec 9 , 2022
A section of farmers under the the umbrella of the Society for Bitech Farmers of Kenya (SOBIFAK) have welcomed the move by the government bet to lift the ban on GMOs in the country. Addressing the media on Thursday the farmers thanked President William Ruto and the Cabinet for the […] 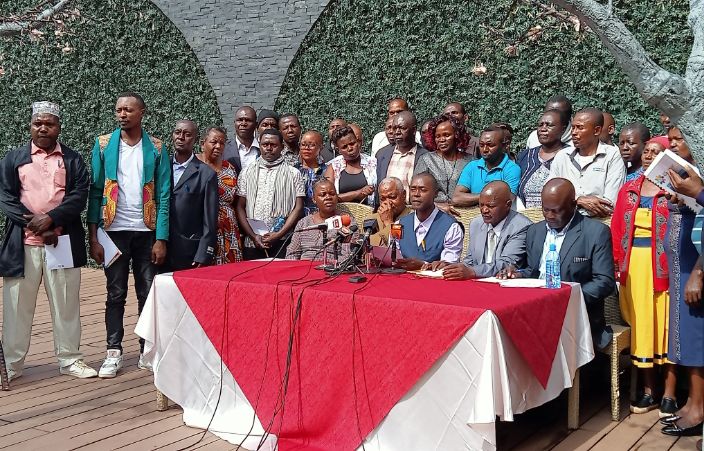