Laikipia Woman Representative Catherine Waruguru now says that it is the people who will decide his next political move ahead of the 2022 election.

The outspoken legislator who has been silent for a while has confessed that the Jubilee party is in Limbo and no efforts have been made to rectify the situation.

This is despite public speculation that she has joined Deputy President William Ruto’s UDA Party.

The MP said she has beenbusy in the ground working for her people,hence silence.

Addressing the media Wednesday, the MP said that she also wished the best candidate in the ongoing Kiambaa Constituency by-elections, saying that she does not have a vote in Kiambaa.

“There has been a massive exodus from the Jubilee Party and I have seen speculations from the members of the public asking whether Waruguru has moved to the ‘wheelbarrow’ side. My answer to their speculations is relative, every serious politician, you listen to your electorates. I am on my own. My bosses are the voters and the people of Laikipia,” Waruguru said.

Very soon, I will be making an announcement telling the country and even my party and the voters in Laikipia County who are residing in diaspora what my decision is, but I will say this, I do not want to be right or wrong, but I want to be on the side of God, and the side of God is where the people are. The voice of the people is the voice of God.”

The MP added that the people will be the ones to decide as to which side they would like to vote in terms of the parties.

“In Mt Kenya, people make their decisions very early. I would tell you that Jubilee is in limbo. We have been having our own problems, and those problems are dusted. They have not been addressed or articulated.”

Thu Jul 15 , 2021
City Hall offices are currently being renovated in a bid to improve the working environment for employees. Nairobi Deputy Governor Ann Kananu on Thursday inspected ongoing refurbishment and renovation of the   offices.  Ms. Kananu has rolled out renovations of all City hall buildings,office spaces, toilets and re painting buildings to […] 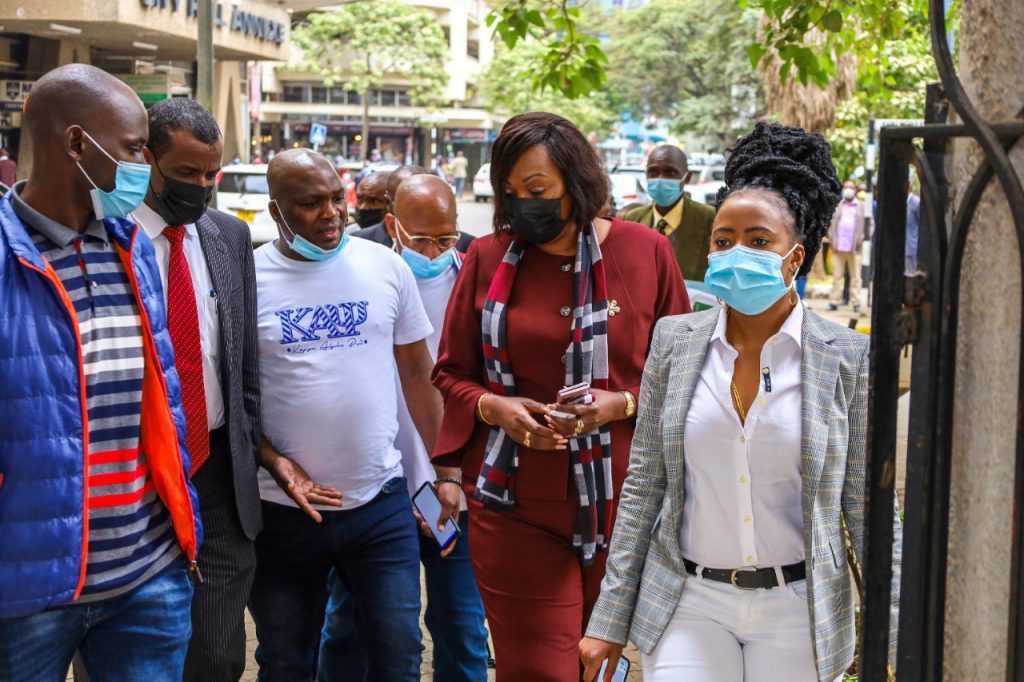